These were a series of eight scrapbooks that form part of the J. Lyons Collection held at LMA. They were initially flagged up for conservation through a reader request. The media within varies widely between each book – some containing simple newsprint advertisements, whilst others containing whole advertising boards and packaging, through to window transfers. 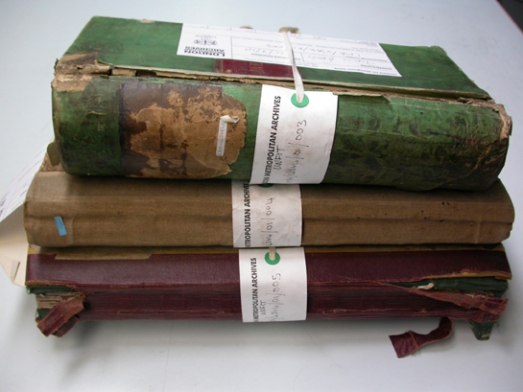 Three of the eight scrapbooks

Treatment was carried out on five of the scrapbooks. Two were too badly damaged and thought to be too time consuming (funding will be sought to carry out the work on these) and one just required repackaging. Below are the treatment details of one of these books.

Damage to the sewing and tapes observed after removal of cover 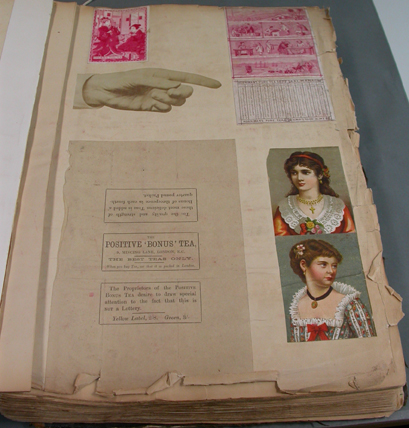 Damage to the edges of a loose page 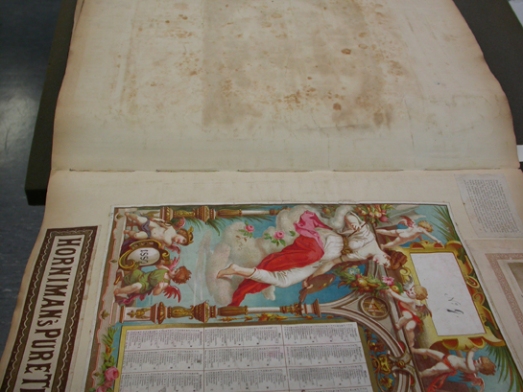 Loose items at the front: 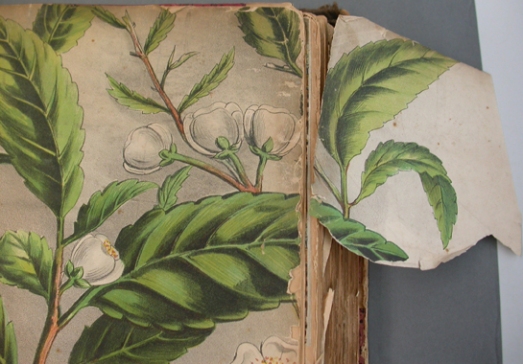 Edge fragments found stuffed in the front of the scrapbook, which come from the lithograph on the first page

Reattachment of loose fragments and infill of missing area 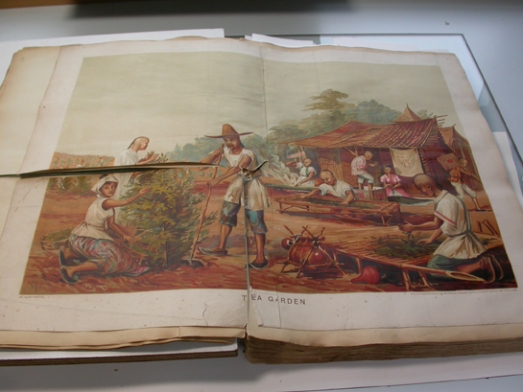 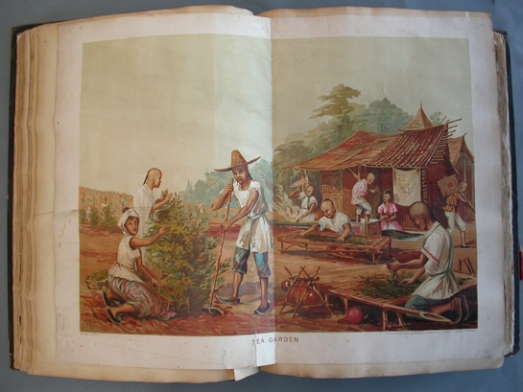 The lithograph after repair